The History of St. Paul's

St. Paul's has served Pittsford and the greater Rochester, NY community for over 150 years.  St. Paul's Lutheran Church is listed on the New York State Register of Historic Places.

St. Paul's Lutheran Church was established in 1867 in Pittsford, NY.  Pastor Armin Uebelacker was interested in addressing the spiritual needs of the German speaking farm families in the Pittsford area.  He began services for them in the Cobblestone Academy school house on Church Street. 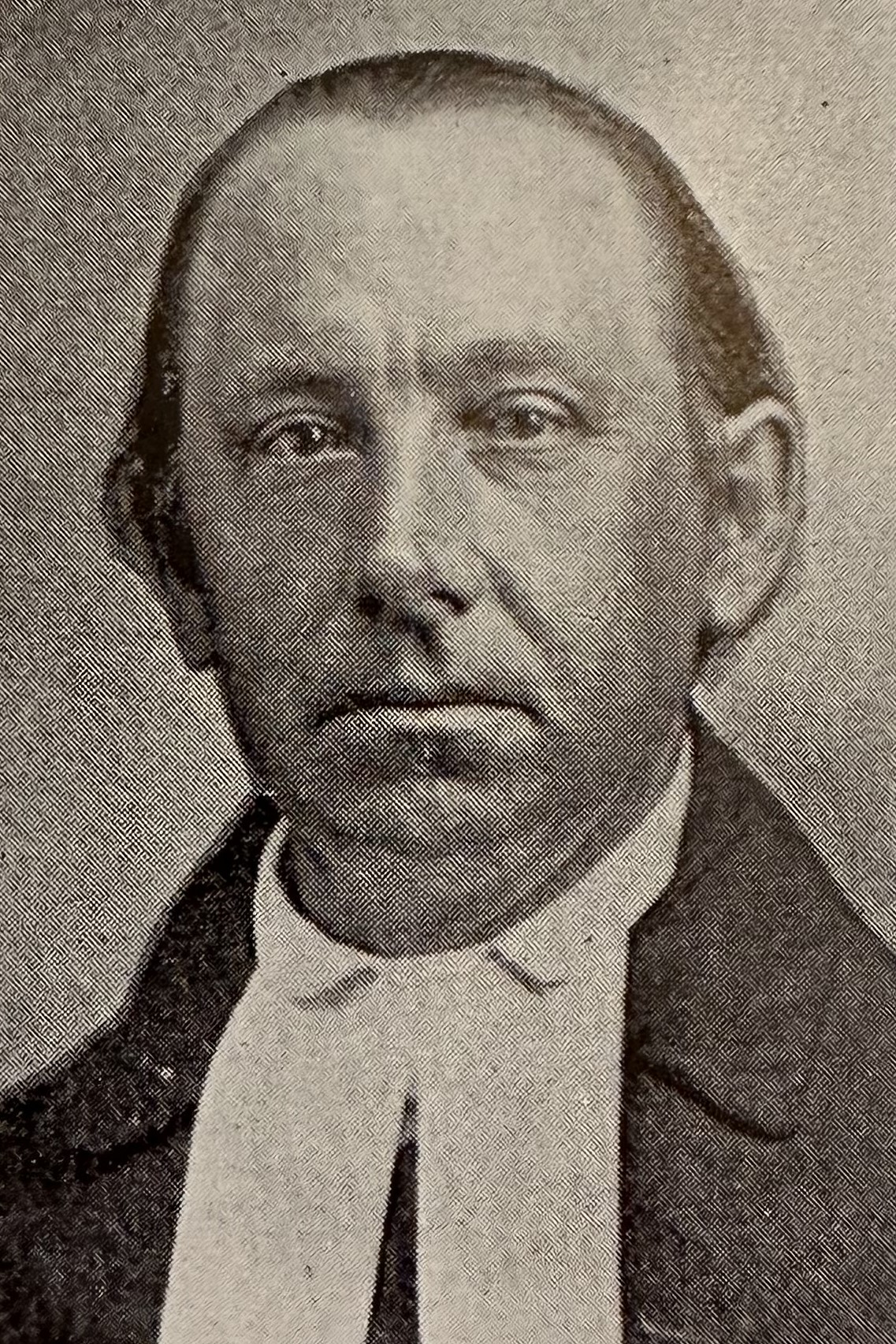 As more families settled in the area, the need for a full-time pastor grew, and on June 20, 1967, the Rev. Valentine Mueller was called, and the German speaking congregation was subsequently organized under the name of St. Paul's German Evangelical Lutheran Church of Pittsford.

Later that year, ground was purchased on what is now Golf Avenue and the cornerstone for a frame building was laid.  Members of the congregation gave freely of their time and the use of their horse teams to complete the church building in time for Christmas services. 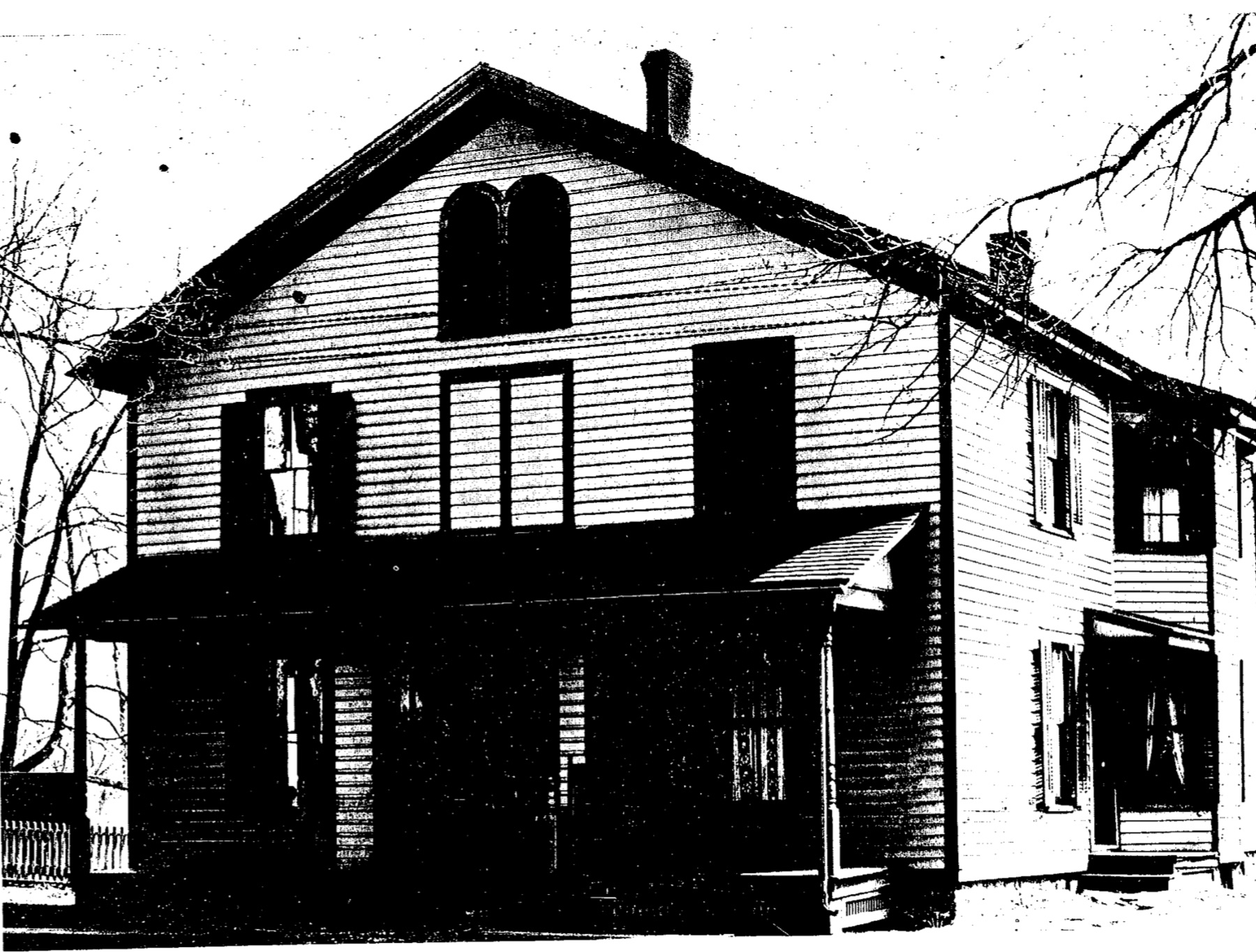 In 1869 Pastor Meuller resigned, and George Gomph, a theological student at the Philadelphia Seminary was called.  He was ordained in June and came to serve as a faithful shepherd to St. Paul's for 40 years.

In Dr. Gomph's four decades of ministry, the congregation made great progress. 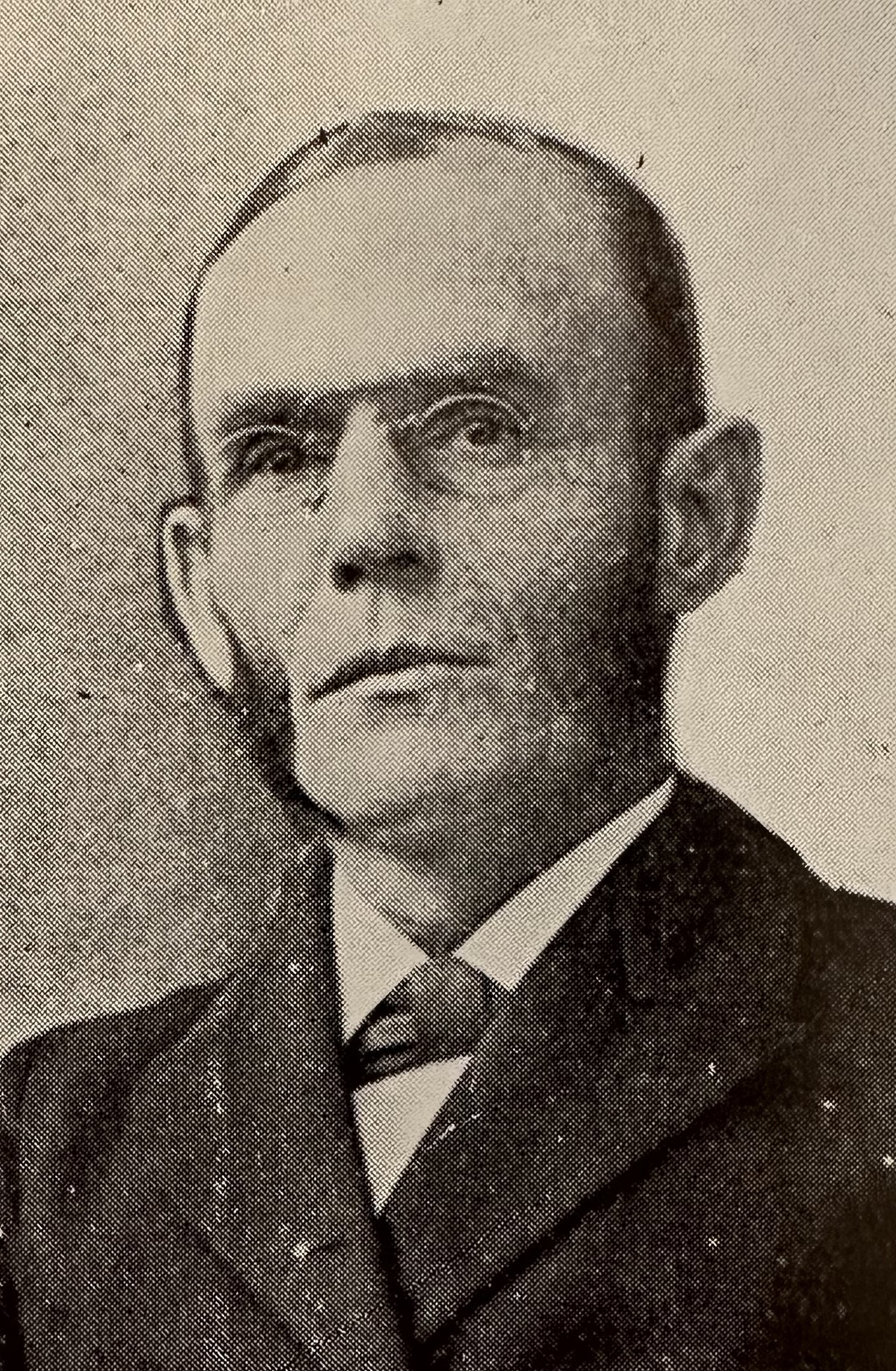 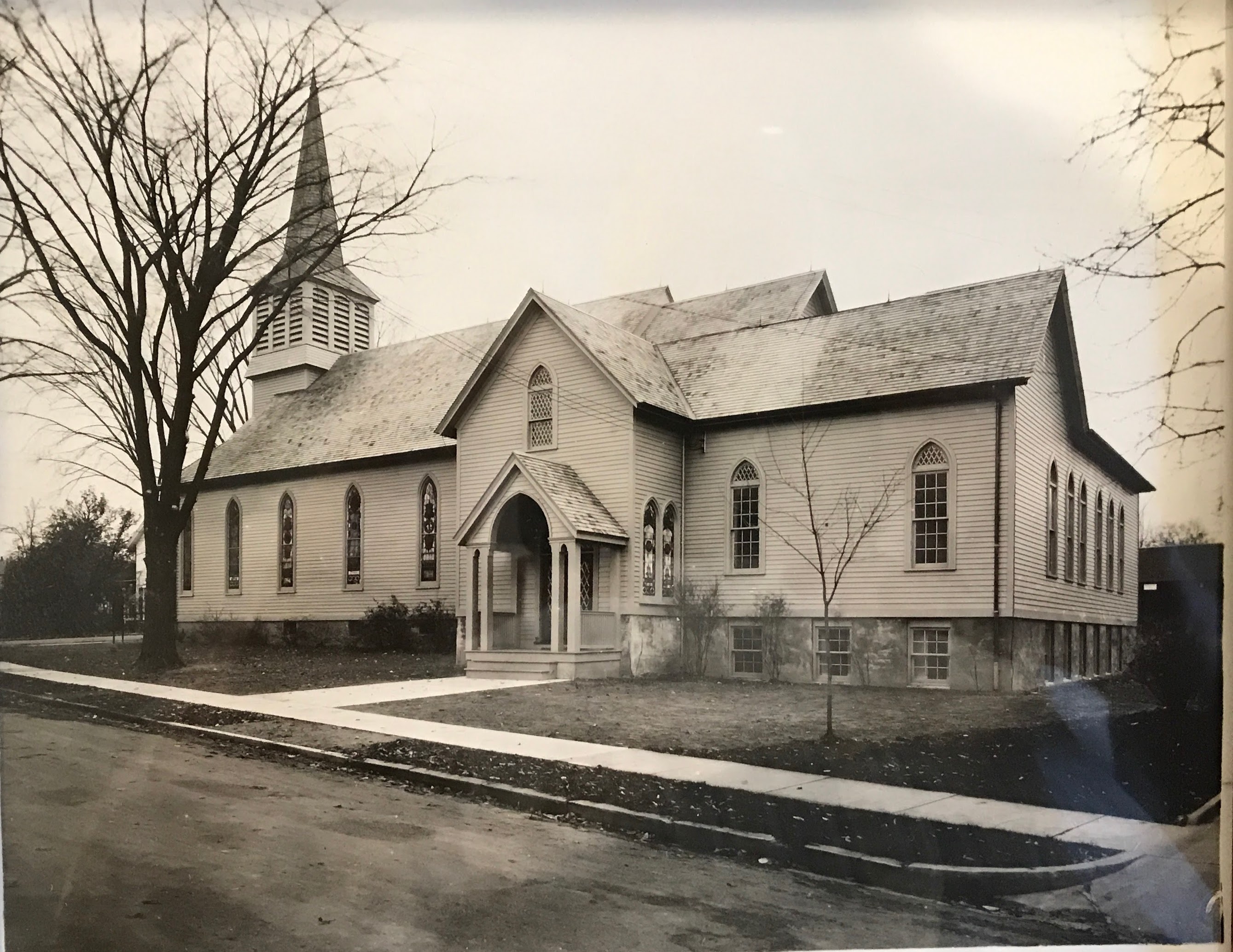 Later in 1909, Mr. Herman Miller, a senior at the Philadelphia Seminary was called. During the ministry of Pastor Miller, the old pew rental system was replaced with monthly offering envelopes. And in 1911 it was resolved to mortgage the church property and build a parsonage.

In January of 1915 Pastor Miller resigned to accept a call to the Lutheran Church of the Resurrection in Buffalo, NY. 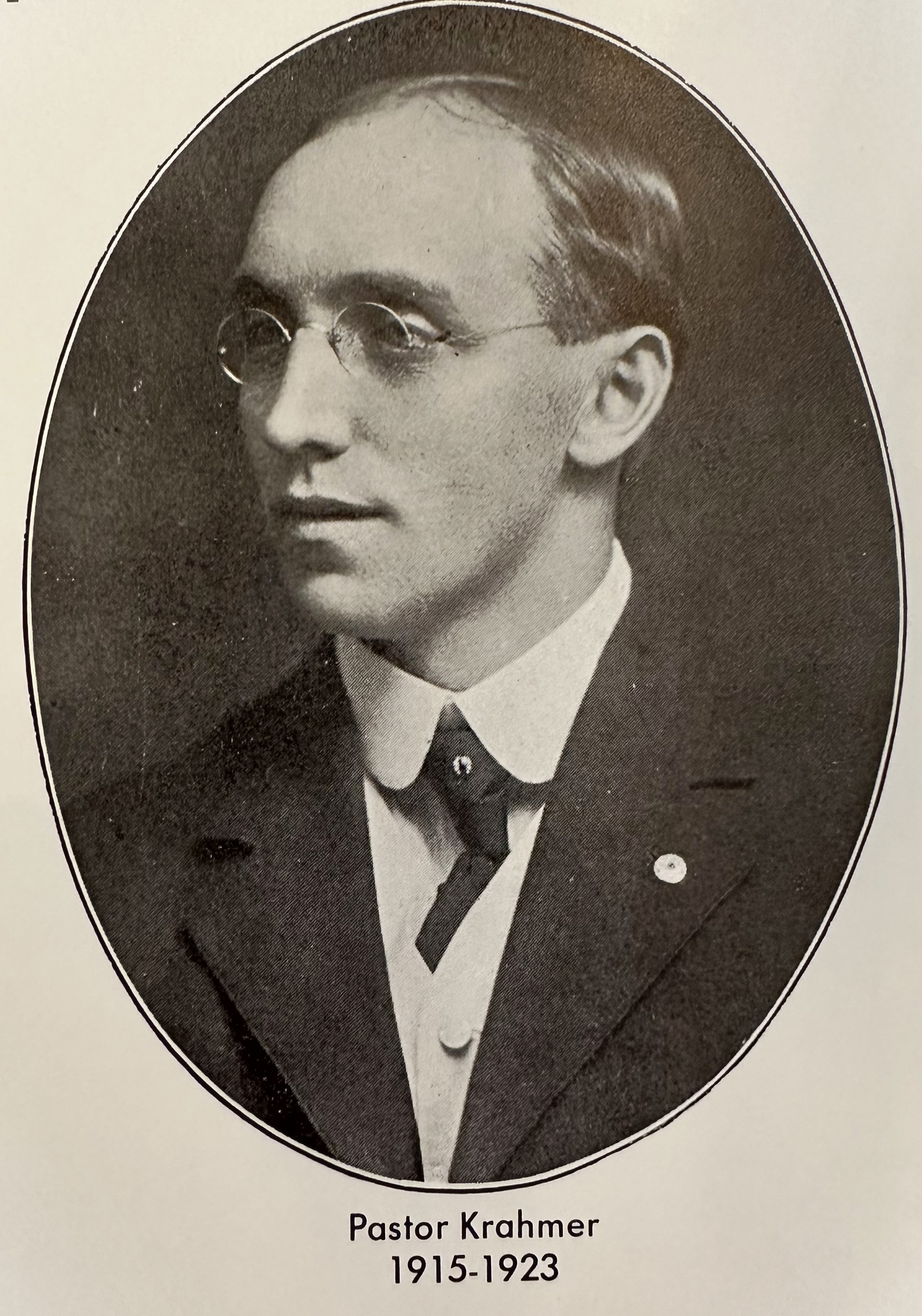 In May 1915 the Rev. J. Christian Krahmer of Hudson, NY was called.  During Pastor Krahmer's ministry, further progress was made:

In September of 1923 Pastor Krahmer resigned to accept a teaching position at Wagner College, now moved to Staten Island.

In August of that year the Rev. Yost Brandt of Albany, NY was called.

In November 1945, Pastor Brandt retired after serving the church for 22 years. 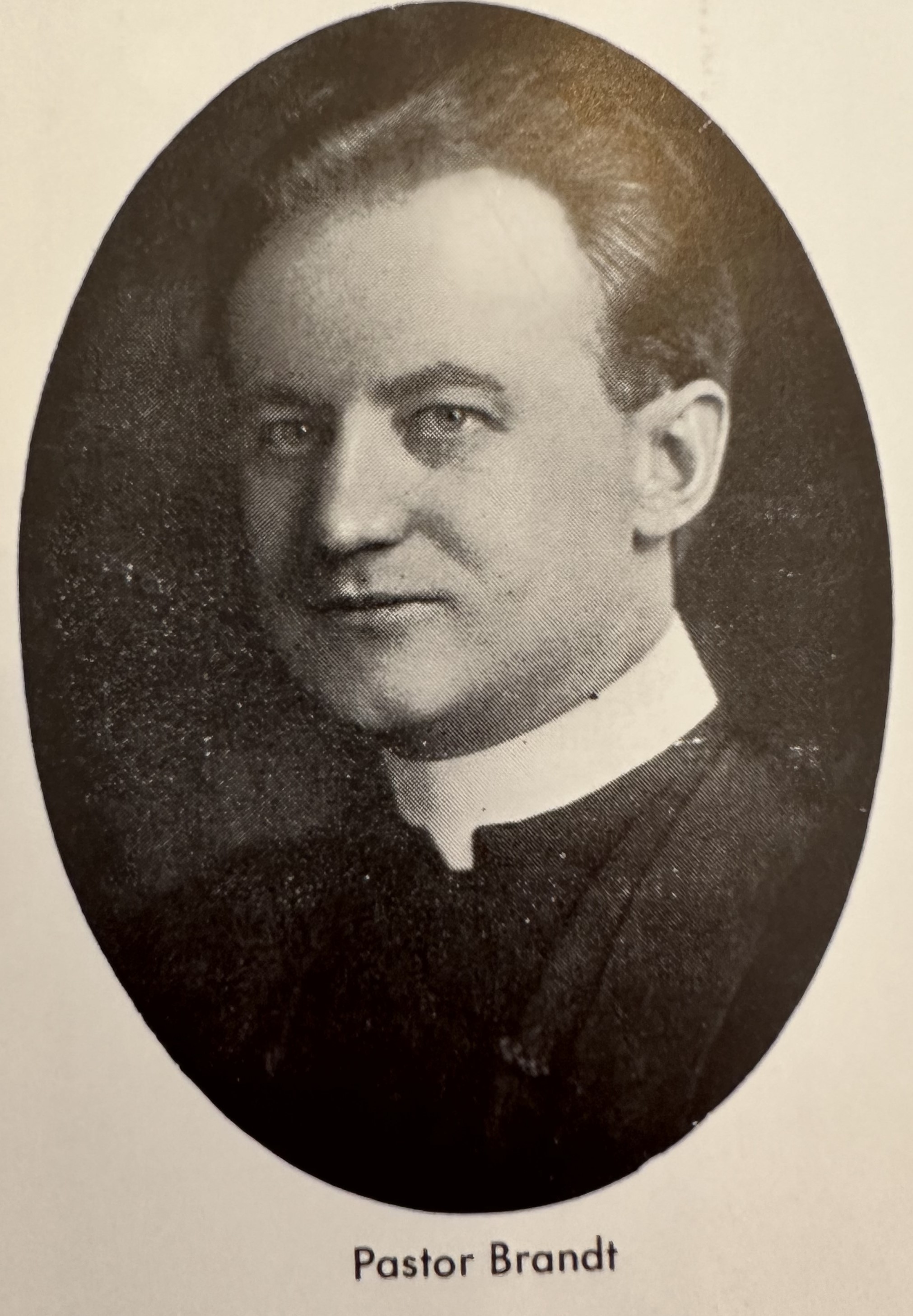 In January 1946, the congregation extended a call to the Rev. Charles Davis, a military Chaplain.  Pastor Davis resigned in 1950 to accept a call in Colorado, and in February of 1951 the Rev. John Sanborn was called to serve as the congregation's seventh pastor.

Pastor Sanborn left the congregation in March 1957 to accept a call in North Syracuse.

In April, the Rev. Wayne S. Pittenger from Wilmington, Ohio was called to be the eighth pastor and faithfully serviced for over 30 years. 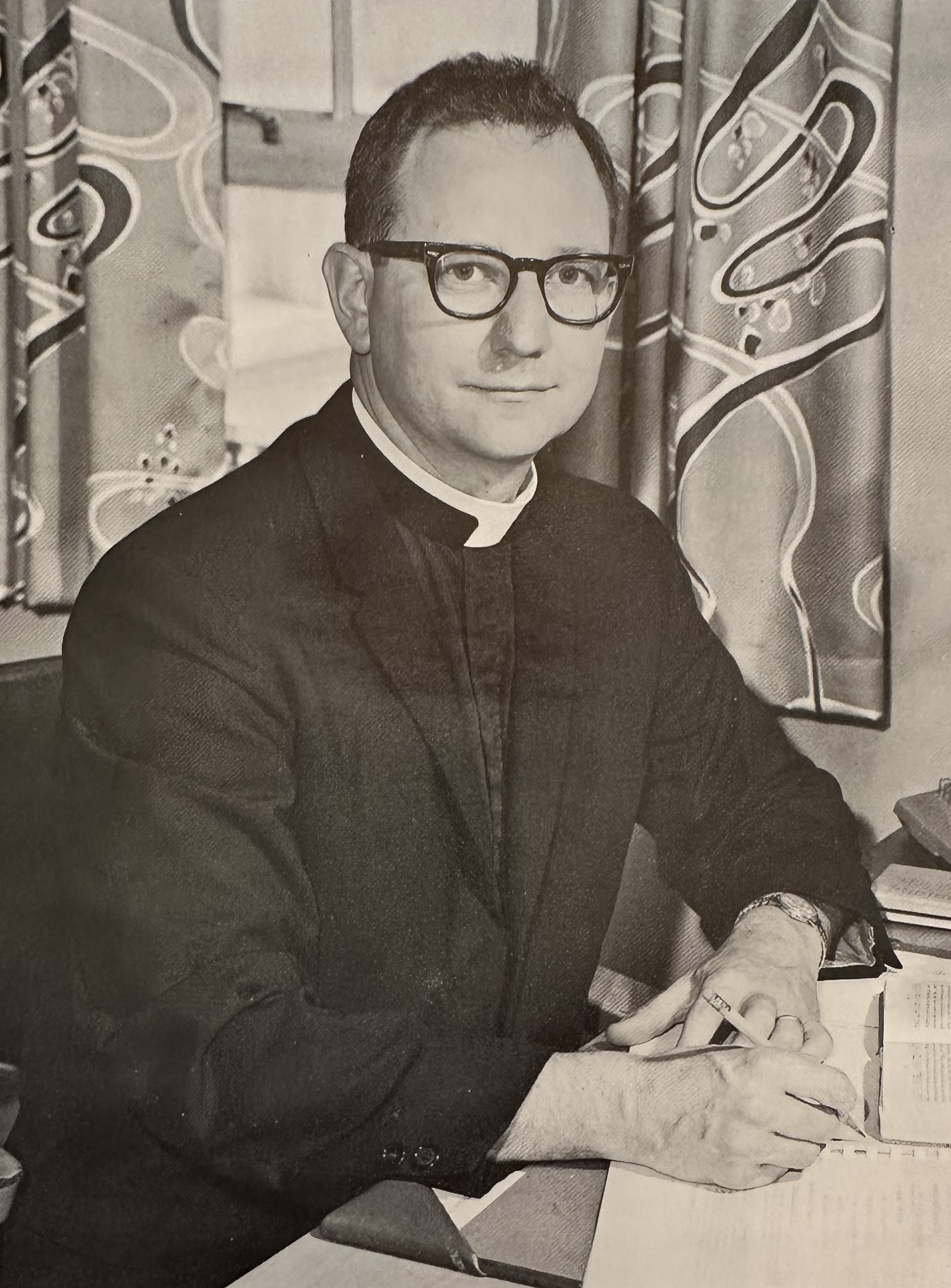 St. Paul's has long been an active participant in social outreach.  In 1976, the congregation sponsored and resettled their first refugee family, the Chuang Chomthipes from Laos in Southeast Asia.

In 1987 the congregation extended a call to seminarian Judith VanOsdol as Assistant Pastor.  Her ordination and installation were on June 28th of that year.  She resigned in 1989 to accept a call to Zion Lutheran Church in Chicago.

In May of 1989 Pastor Pittenger retired after 32 years of service.  He was honored with the title of Pastor Emeritus. 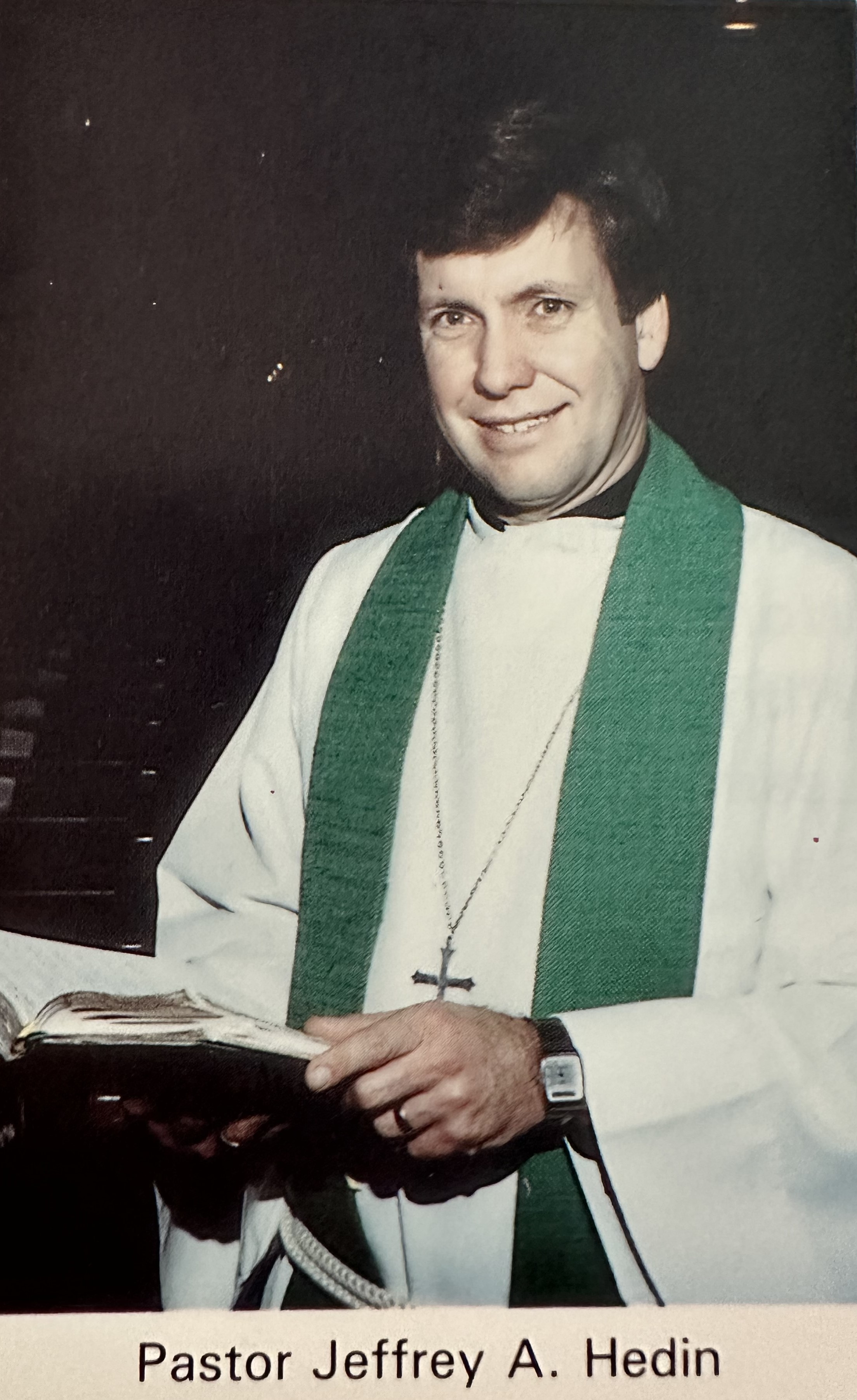 Soon after Pastor Hedin's installation, it became clear that significant renovations were necessary. St. Paul's had been named a part of historic Pittsford and had been designated by leading architects as one of the finest examples of late 19th century architecture. A conscientious property committee, pastor and long-range planning committee worked toward its continued beautification and preservation.

In May of 1991 the renovation and beautification of St. Paul's was started, which included removing 10 layers of peeling paint using a new technique. They applied a white stain.

In 1992 the overgrown plantings were removed, the steeple was reroofed, and new louvers installed.

On July 26, 1992, St. Paul's celebrated its 125th anniversary with a special service and a banquet at the Burgundy Basin Inn. 125th Anniversary cookbooks, stationary and ornaments were available.

During the anniversary year, the art glass windows originally installed in 1904 were starting to decay. Sponsorships were offered for each window to be releaded and protected. The names of the donors are still on each window.

Renovation became part of a long-range plan. There was a desire to create additional main level fellowship space that would make church programs more inviting and accessible to everyone.

A building task force reorganized in 2002 to address an ever-growing nursery population, inadequate office space, and neglected building maintenance. Hospitality and accessibility were the goal.

In April 2005 ground was broken on a $1.3M renovation project which included a new nursery and offices, a Grand Foyer as a main entrance, a new roof, a new heating system, renovated electrical and fire alarm systems, and an elevator and lift to access main portions of the building. The sanctuary was redesigned for accessibility, flexibility, and was refurbished with new lighting and an improved sound system throughout the main floor.

The balcony became a single level for ease of access. The downstairs was rebuilt with soundproof classroom dividers, and handicapped restrooms were added on the three main levels.  Storage space was redesigned, the cellar dirt flooring was covered with concrete, and the downstairs kitchen significantly upgraded. 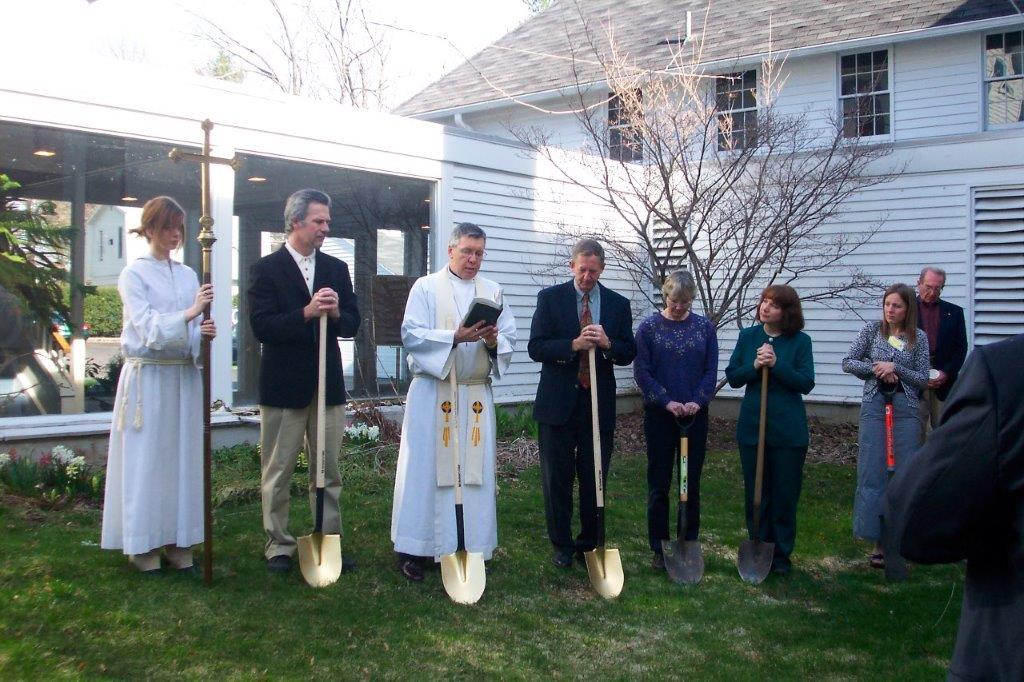 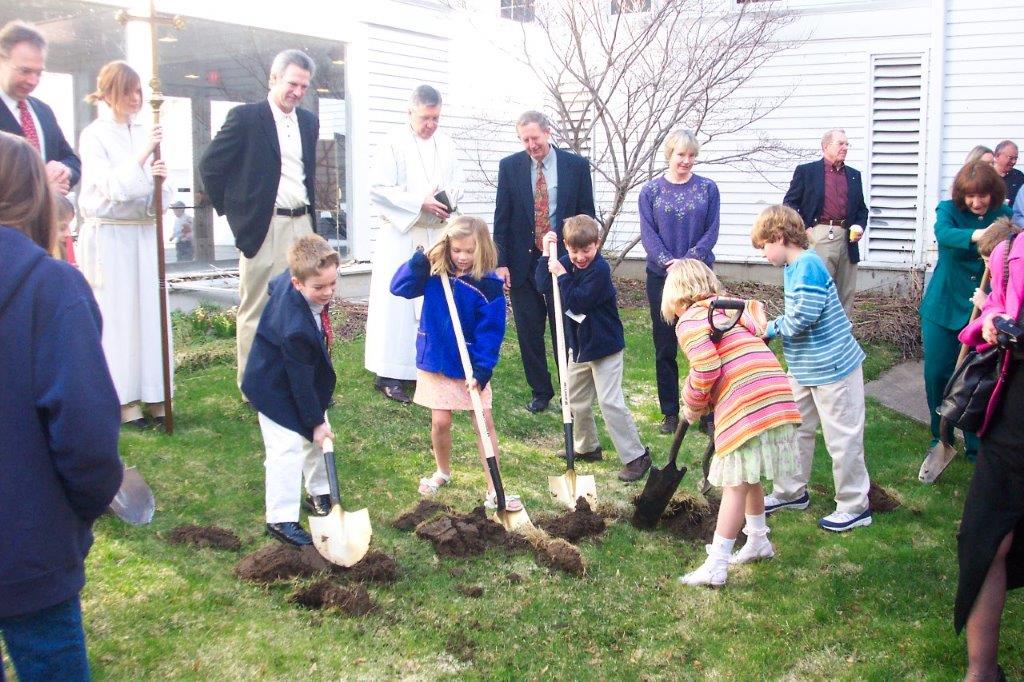 To address a swine flu epidemic in 2007, hand sanitizers were placed in each pew and became a staple at all gatherings.  250 “Fans of St. Paul’s” were purchased in 2012 to address summer sweltering at services in the unairconditioned sanctuary.

Pastor Hedin was the Transitional Pastor for Trinity Evangelical Lutheran Church in East Rochester in 2001 and again in 2013.

Over the years, Trinity's membership steadily declined. They decided to share their building with Mary Magdalene Church, which rented space and would eventually purchase their Main Street facility, keeping it as a Christ centered facility. The eventually got to a point that it was no longer viable to continue as a standalone congregation.

An avid Buffalo Bills fan, Pastor Hedin always found a way to incorporate the Bills into his sermons during football season, and even many other times throughout the year. The Bills appeared in a record four consecutive Super Bowls in the 1990's, losing on each occasion.

Using the Bills in his sermons was a message of hope and belief. Bills fans live in hope and believe there will be another Super Bowl win.  As Christians, we live in hope.  It is God's promise that there is something better coming. GO BILLS! 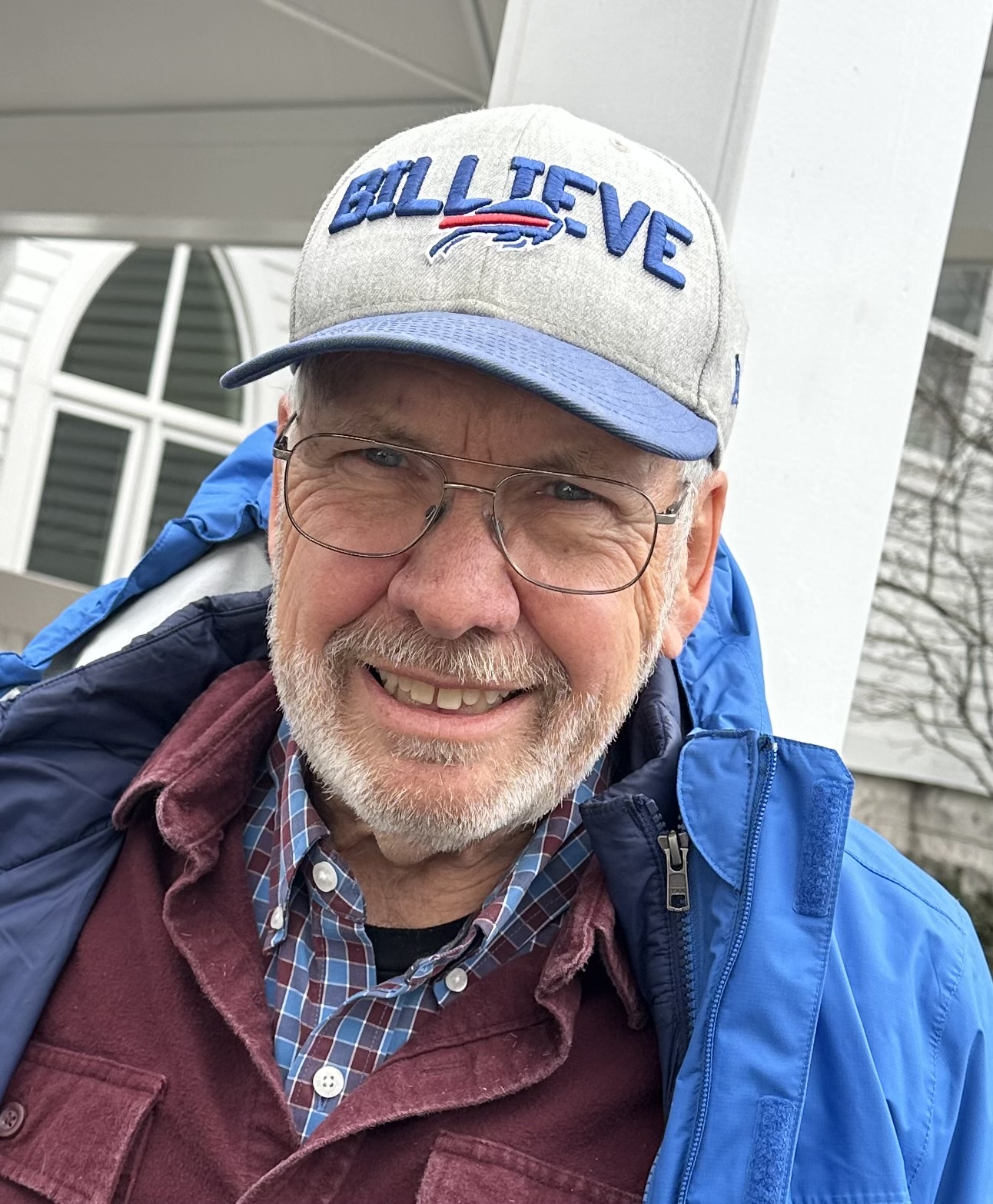 In July 2016 Pastor Hedin retired after nearly 27 years of service, and a final celebration was held on July 31st. He left as a legacy an inspirational music program, a caring social ministry serving the greater Rochester area, and a strong congregation focused on the future. 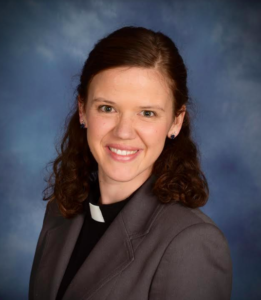 After several interim pastors, the Rev. Johanna Rehbaum began her ministry at St. Paul's as St. Paul's 10th pastor, and first female pastor, in January of 2019.

In March 2020, the coronavirus pandemic shut down all in-person services, and St. Paul's began livestreaming services. Thus began a new way of worship for our congregation, and what started as a challenge turned into a blessing. People could now worship at St. Paul's from anywhere in the world.

It was decided to make livestreaming an ongoing worship offering. In January 2022 new equipment was permanently installed to improve the quality and accessibility of our livestream ministry and outreach. 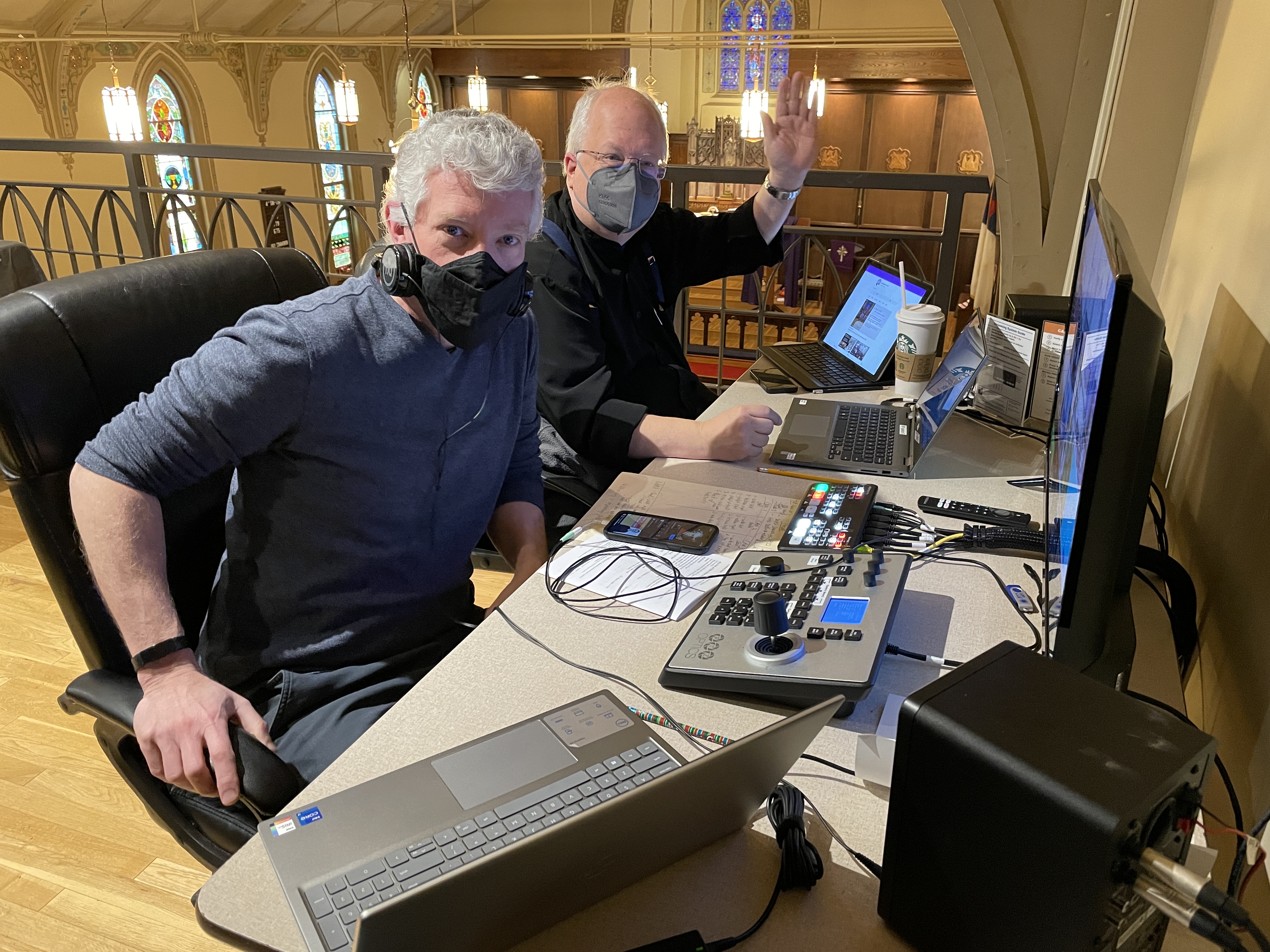 In February 2022, St. Paul's made the final payment on the mortgage for the 2005 renovation. An Octoberfest celebration was held on October 1st which included German food, dancing and a mortgage burning service. 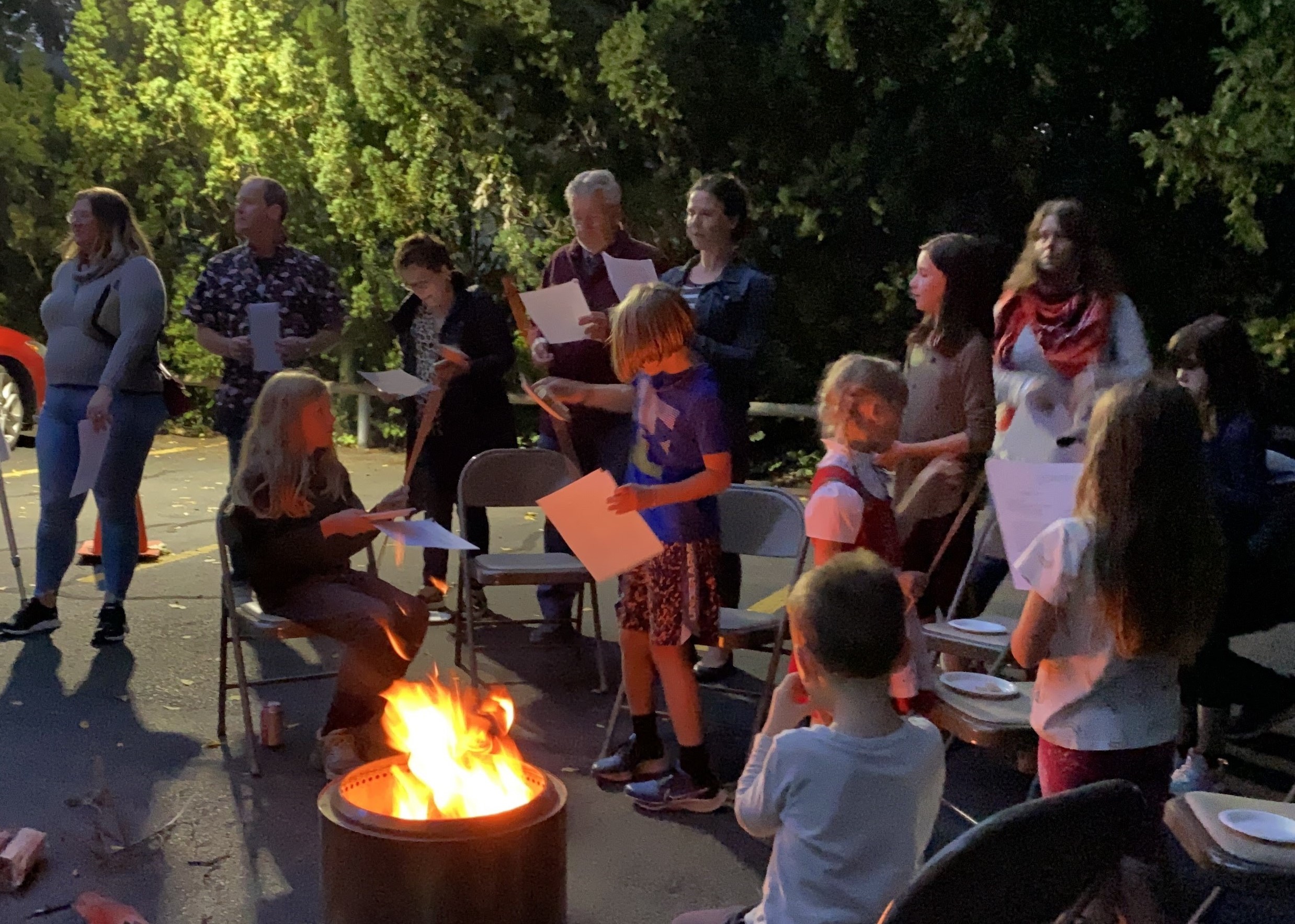 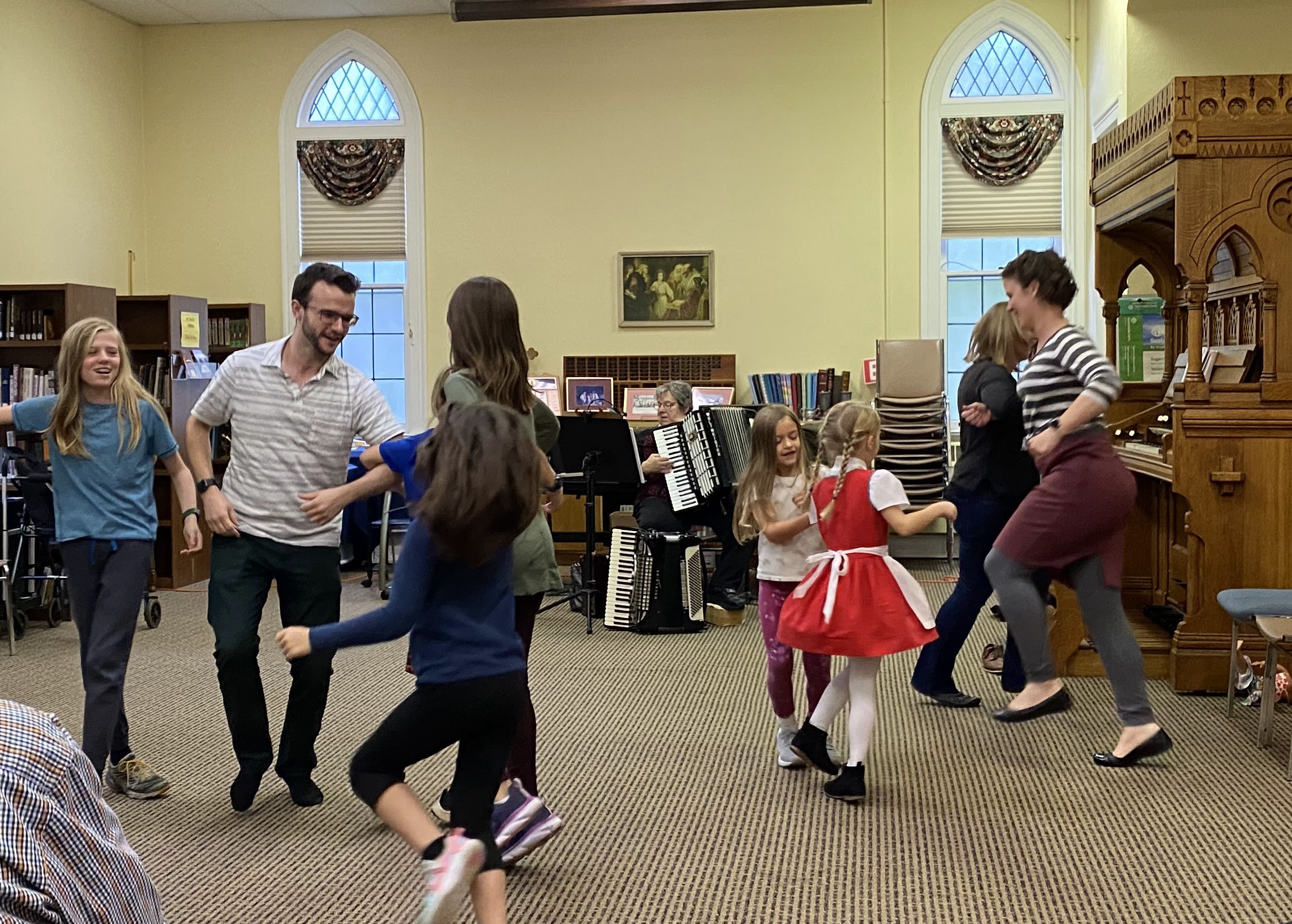